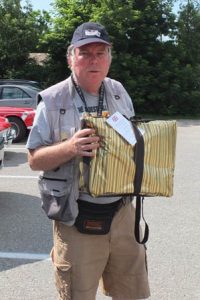 He has been obsessed with motor cars since a small boy.

His first article was published in England in 1971. He has been a commentator on TV and radio and has been published in The Daily Telegraph and the South China Morning Post.

He has watched cars racing on four continents. More recently he has been documenting the history of motor sport in Ontario, and nearby (including parts of the U.S.).

He specialises in the obscure, preferring to cover ground ignored by others. Hence the interest in hillclimbs, rallies and races at long forgotten venues, tracing old race cars, finding films and photographs in musty basements.